BETHLEHEM, Pa. — An investigation has determined that a November assault on a Black student at Lehigh University that officials originally deemed racially motivated was not, officials said Thursday.

Lehigh University President Joseph J. Helble said it was determined that "racist language" was used in the attack, but did not elaborate why the categorization of the attack has changed

"For all of our students, and especially our students of color following this incident, we want to underscore that your safety and well-being are our highest priority," Helble wrote in the update.

"As a result of the investigation, the incident was determined not to be a racially motivated assault," he wrote. "However, there was a physical altercation in which racist language was directed at the student who reported the incident to the police."

Helble said the school is in contact with the victim, who suffered unspecified injuries from the assault, which the school said took place off-campus.

Helble said the victim is "doing well," now and thanked Bethlehem Police for their collaboration with the Lehigh University Police Department in the investigation.

When news of the attack first came out, the school indicated that the victim was 22 years old, and that the assault took place near South New and Morton streets.

At the time of the incident, Helble said in a college message that a Black student was walking off campus in the early morning hours and was physically assaulted by two white assailants who directed racist epithets at the student. 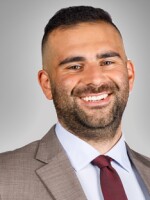 Julian Abraham
I’m a general assignment reporter for LehighValleyNews.com, but have a special interest in all things quirky, crime, or meaningful. I joined Lehigh Valley Public Media in 2022 after completing a master’s degree at Columbia University Graduate School of Journalism. Before that, I reported for CTV News Atlantic in Canada and spent some time in commercial radio. I also hold a bachelor’s degree in journalism from the University of King’s College, and a bachelor’s in criminology from Saint Mary’s University in Halifax, Nova Scotia, Canada. I love my job, but when I’m not at work I enjoy fitness, humor, meditation and playing drums. Contact me at JulianA@lehighvalleynews.com or 610-984-8185.
See stories by Julian Abraham