BETHLEHEM, Pa. - City police are investigating a racially-motivated assault against a Black Lehigh University student, according to police and the university president.

Two white assailants directed racial epithets at the victim and one of them hit the student in the face, police said.

A suspect struck the victim in the face, causing a cut and swelling to his lip, police said.

Police said an unidentified man had called out to the victim "using an offensive and malicious statement concerning the victim’s race."

After that, he and another man confronted the victim before one of the men hit him, police said.

Helble's statement said he learned of the assault Saturday from Lehigh police, who are working with city police.

"This serious and disturbing incident leaves our entire community shaken," Helble said. "Lehigh police and staff are in contact with the student, who is recovering, and are working closely with Bethlehem police, the lead investigative agency."

"This serious and disturbing incident leaves our entire community shaken."

"Many will understandably feel unsettled following this incident," Helble continued. "I want to assure all of our students, especially our students of color, of our commitment to your safety and well-being.

"I am committed to providing a safe and supportive environment for you. Racism, hate, verbal and physical violence have no place at Lehigh. As a community that welcomes and supports every member, this is a stark reminder that in a challenging world we have work to do, and it is up to all of us to stand up and speak out."

According to police, the victim described the person who hit him as a white male, about 20 to 25 years old. He was 5-foot-8 to 5-foot-10 with dark hair, police said.

Word of the assault came on a busy weekend at Lehigh. The annual rivalry football game with Lafayette College was held Saturday afternoon at Lafayette. The game ended with a Lehigh defeat and a skirmish among players at midfield.

Helble said he intends to keep the campus community updated on the investigation into the off-campus assault.

"As we grapple with the impact of this incident as a community, I encourage students, faculty and staff who feel unsafe or are struggling in light of this information to seek support," he said.

Bethlehem police are asking anyone with information or who may have witnessed the assault to call 610-865-7000 or email bethlehempolice@bethlehem-pa.gov.

They described it as an assault and ethnic intimidation case. 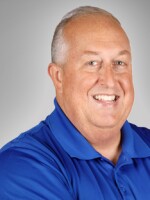 Jim Deegan
I’ve lived more than 25 years in the Easton area and worked as a reporter, producer and editor for longer than that. Since 1996, I’ve led news teams and covered virtually every major news story in the Lehigh Valley – and lots of little ones, too. It’s a privilege to work in a newsroom with people who care about our corner of Pennsylvania and share stories that hopefully make an impact. It’s an even greater privilege to have your attention – and earn your trust – as we cover your communities.
See stories by Jim Deegan