Governor-elect Josh Shapiro, a Democrat, has named former State Sen. Pat Browne as his pick for Secretary of Revenue. Browne is a Republican who has represented the Lehigh Valley in the State House and Senate for decades.

WLVR’s Brad Klein speaks with politics reporter Tom Shortell about the choice and what it may mean for the Lehigh Valley.

Shortell says that Browne is getting a more positive response from across the partisan aisle.

BK: Well, Browne is a Republican who's represented the Lehigh Valley in the State House and Senate for decades. Shapiro is a Democrat. What's been the reaction to this announcement so far?

TS: It's been somewhat mixed, with Democrats that I've spoken to were very quick to praise him. Pat Browne is a bipartisan, moderate Republican who they were very happy to work with. Some of the Republicans I've spoken to, his successor, for example, State Senator Jarrett Coleman, said that he would not support his nomination. Others, just didn't hear anything from them, kind of a muted response.

BK: It's fascinating. Tom, you're a careful observer of PA politics. Were there signs that this nomination was coming?

TS: Yes and no. So I spoke with Browne for a story back in late December. And he didn't mention anything like this. He said that his plan was to go back to his accounting firm. He also is an attorney and specializes in tax law, and nothing like this came up. But rumors started to swirl within the last few days that he could be up for this gig.

BK: Well, the Secretary of Revenue collects billions of dollars and is involved in distributing them. Does this mean anything for the Lehigh Valley, given the deep roots that Pat Browne has in this area?

TS: Not quite like he used to? I mean, he was the... He's the former chair of the Senate Appropriations Committee, which gave him tremendous sway over how money was allocated and spent, he could direct millions of dollars to Lehigh Valley, and some of its causes. He can't do that in this job if he gets it. But he has a governor's ear, he is colleagues with other cabinet members who can have more control over what projects get funding and which ones don't. So it's a different kind of pull than what he's had in the past.

BK: He has responsibility for the whole state, but he does have roots here in the Lehigh Valley. Thanks so much for joining us, Tom.

BK: Tom Shortell reports on politics for WLVR and LehighValleyNews.com. 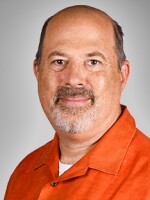 Brad Klein
I was a founding member of the WLVR News team in 2019, bringing more than 20 years of experience in radio journalism, podcast, and video production. I’ve had a role in a number of long-running programs at NPR, MSNBC and WNYC. A founding producer of NPR’s “Talk of the Nation: Science Friday,” I played similar start-up roles for NPR’s Weekly Edition, MSNBC’s Edgewise, Public Radio International’s Satellite Sisters and even as a writer on one of the early pilot episodes of the news/comedy show, Wait Wait Don’t Tell Me. I’ve also worked as a reporter, producer, and director for National Public Radio News programs including Weekend Edition and All Things Considered. An avid naturalist, I lead educational programs for the American Museum of Natural History and Brooklyn Botanical Garden.
See stories by Brad Klein 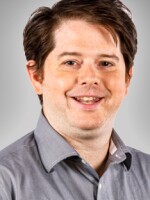 Tom Shortell
I cover all things politics for LehighValleyNews.com. As veteran reporter of the region, I previously covered the Slate Belt, Northampton County, Lehigh County and local courts during stints at the area’s two newspapers. I also penned the popular Road Warrior column at The Morning Call, keeping readers up to speed on transportation news. I graduated from St. Bonaventure University and have yet to find a pun I don't like. I will gladly pay you Tuesday for a hamburger today. Contact me at toms@lehighvalleynews.com or 610-984-8209.
See stories by Tom Shortell
Kat Dickey
I'm a digital content producer at LehighValleyNews.com. and a graduate of Muhlenberg College. I received my degree in media and communication and served as managing editor and editor-in-chief of The Muhlenberg Weekly, the college’s student-run newspaper. I am passionate about telling stories from underserved communities and people, which is why much of my writing has focused on food and housing insecurity. I also wrote my senior thesis about class representation in the TV show “Love Island.” In my free time, I love to cook, read romances, and (very poorly) knit.
See stories by Kat Dickey