EASTON, Pa. - The Easton Area School Board approved hiring a transportation consultant to examine the efficiency of the district’s transportation system and make recommendations.

The vote Tuesday night was 7-2, with board members William Whitman and Jodi Hess voting no.

The board agreed to hire Kevin Aul with A Plus Logistics in Cresco, Pa., for $3,750. His hourly rate is $75, including travel time, and he is expected to deliver a summary report to the board by March 31.

The board approved by a single vote a previous $1,500 agreement with Aul to perform similar services in November. But school board member Bryan Synder said the contract was not executed because the contractor felt the hours approved under that agreement were not sufficient to do an adequate assessment and give recommendations.

Easton has been struggling with a shortage of school bus drivers for at least the past few years. Students were getting to school late or getting home late, so the district purchased software last year to design bus routes instead of doing them by hand to find efficiencies.

Superintendent David Piperato estimated the district was short between 10 to 14 bus drivers. He said morning routes were generally running on time now.

Piperato said he hoped the consultant could help with training district staff and creating new routes that reduce double and triple runs of buses in the afternoon that cause students to be late getting home.

“It’s to fully use the software that we purchased,” he said. “But to try to provide those who do our bus runs every day the time and the support to go back in now and look at ‘Can we recreate those routes on the fly?’”

The agreement said Aul will look at possibly adjusting school bell times, the efficiency of loading and unloading at all of the schools, consolidation options, getting feedback, and the status of the software implementation.

The goal would be to improve student arrival times at school and home.

“I think part of the issue is that our bus drivers maybe don’t feel as appreciated or supported."

Hess said she voted against the contract because she believes people in the district should be doing the assessment. She said the software needs to be implemented better and the district needs to do a better job hiring more bus drivers.

“I think part of the issue is that our bus drivers maybe don’t feel as appreciated or supported,” she said. “I think our bus drivers, our teachers, our staff in general… I think things are very different than what they were in the past.”

The school district’s contract with the union that represents school bus drivers expires in June. Piperato said they are in negotiations to develop a new agreement. 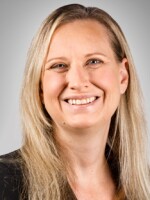