The task force, the first of its kind in Northampton County, will pool personnel and resources from the departments to work together on particularly complex cases.

Houck is scheduled to make the announcement at a news conference at 10 a.m. Thursday at the county courthouse.
So far, six municipal police departments have joined the program, which “will emphasize anything like a homicide, anything involving gun violence, gang activity, any robberies involving gun violence,” said Davin Jurgensen, spokesperson for the district attorney’s office.

Members of each participating department will continue to work for their home agency but be temporarily assigned to the task force, waiting for activation by the county’s district attorney.

State police “have been great," Jurgensen said. "They are basically at the helm. Whenever we need to activate this task force, they are going to be like, ‘What do you need?’”

The new Major Crimes Unit’s structure will mirror the county’s Drug Task Force, in which municipal police collaborate with the county to investigate and prosecute drug crimes.

Northampton County isn't the first area county to have a Major Crimes Task Force. Berks County also has one. 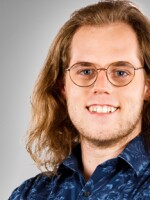