Record Store Day, which is back Friday, is so popular, even Taylor Swift participates

Swift, a Berks County native, released her latest album, “Midnights,” available not only on all music platforms, but also on vinyl—in four collectable colors and another exclusive color for Target stores.

The results were a 30-year high in sales for a single vinyl album.

Swift, or her team, appears to have a strong awareness of the growing popularity of vinyl records—and their tie to Record Store Day, which twice a year celebrates the culture of independent record stores.

Earlier this year, Swift was the Global Ambassador for Record Store Day, offering an exclusive, clear vinyl version of the song, “the lakes” as a special issue for the day.
Only 10,000 copies of that record were available to independent record stores.

That's how it works: artists and record labels press vinyl records specifically for Record Store Day, and there are limited numbers of those releases.

Participating independent record stores get a list of what is available. They can request what they want, but only find out what they get when the boxes arrive at their stores.

Vinyl record sales have grown steadily since the early 2010s, and sales soared during the coronavirus pandemic.

According to a Luminate Midyear Music Report, vinyl album sales were up 27.4% compared with the same time a year ago.

The concept of Record Store Day—or RSD, as it is called—was born in 2007 as a way to celebrate the few independent record stores left in the country.

The first official RSD was in April 2008—and it continues to also be celebrated in April as well as on Black Friday.

The day now has participating stores in every continent except Antarctica.

Mary Radakovits, co-owner of the Compact Disc Center in Bethlehem, said she didn’t immediately jump on the RSD bandwagon; she was exclusively a CD store. Radakovits said that as she noticed her clientele’s growing interest in vinyl, she decided to participate.

Mary Radakovits, co-owner of the Compact Disc Center in Bethlehem, said she didn’t immediately jump on the RSD bandwagon; she was exclusively a CD store.

Radakovits said that as she noticed her clientele’s growing interest in vinyl, she decided to participate.

She unboxed some of her RSD albums last week, and was expecting more to come. She has prepared for Black Friday by placing the her RSD inventory in shelving, under a sheet that she’ll unveil at 8 a.m. Friday when the store opens.

This week, as more vinyl arrives, she’ll slide it under the sheet, in alphabetical order by artist.

Unlike the April RSD, which is a big, one-day event, the one occurring in November is looked at as a long lead to the Christmas holidays for record stores. The inventory is meant to differentiate the local stores from the big chains at the holiday season.

Radakovits has loyal customers, and it's rare to get folks coming in for RSD just to buy exclusive and limited albums. That’s one of the things that makes her happy about being able to get her clients what they have been looking for on special shopping occasions.

She refers to her shop as “your neighborhood record store,” and that is what makes RSD at the Compact Disc Center a true celebration of the independent record store.

You can check out the full list of releases for Record Store Day/Black Friday here.

In the Lehigh Valley, participating Independent Record Stores include: Compact Disc Center in Bethlehem, Double Decker Records in Allentown and Spin Me Round Records in Easton. 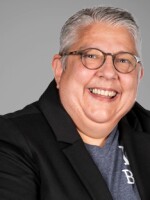 Christine Dempsey
I oversee WLVR, our NPR News radio station. I’ve been working in public media for over 30 years. The majority of my career has been at larger, major market stations in New York City, Atlanta and Philadelphia. I’ve been recognized with national awards for my work, from the National Federation of Community Broadcasters, the Corporation for Public Broadcasting, the prestigious Peabody and Edward R. Murrow Awards for the podcast, “Buried Truths.” The Lehigh Valley has been my home for over 25 years and it’s an honor to be able to serve my community with public media.
See stories by Christine Dempsey