The Lehigh Valley was well represented among the display of agricultural industry from regions across the state.

On Saturday, one even came in fourth place at the chocolate cake competition.

The National Museum of Industrial History in Bethlehem held an interactive exhibit in a section of the Farm Show that featured displays about machinery.

“We wanted to help bring the museum beyond Bethlehem, and we thought, ‘What better event than the Pennsylvania Farm Show?’” museum historian Mike Piersa said.

“We can show the transition from agriculture to industry and how industry supports agriculture, and really get people interested in what we’re doing and what an amazing museum we have.”

“We wanted to help bring the museum beyond Bethlehem, and we thought, ‘What better event than the Pennsylvania Farm Show?’”

Mike Piersa, historian at the Museum of Industrial History in Bethlehem

The museum’s exhibit included a demonstration of steam-powered engines, iron pieces of art and a printing press.

The Pennsylvania Wine Association was the host of a wine-tasting booth near the front of the Farm Show complex.

Josh Gier of New Tripoli’s Blue Mountain Winery said the booth was so popular among wineries in the state that he had to enter a lottery to participate.

Gier said the taste-testing at his stand was popular. He made sure to highlight his unique bacon-flavored wine, which also was featured at the Pa. Bacon Fest in Easton.

Gier bought Blue Mountain Winery a few months ago. He said he is glad he bought it because it’s allowed him to connect more with the community.

“We grew up in the Lehigh Valley, so it’s a great opportunity to connect with the community and purchase something that's been around for a while,” Gier said.

Annie’s Pooch Pops, a dog treat shop from Bangor, also had a station at the Farm Show. Employee Corey Scott said the treats were selling well at the event – especially the Happy Meal-inspired packages.

Scott said the business started about 25 years ago with the Happy Meal dog treats.

“When the business first started, they were just doing little happy meals and cutting out little burgers,” Scott said. “And so every piece that they had an idea for kind of sprung off from that.”

Other treats were shaped as mini pizzas, muffins, cannoli and hotdogs.

Since then, crowds have gathered every year for the event, which is “the largest indoor agricultural exposition under one roof in the nation,” according to the event’s website.

And the Bethlehem-based Five Maidens Cider Co. was awarded three ribbons – two first-places and a second-place – and captured the Best of Show trophy in the cider competition co-organized by the Pennsylvania Cider Guild. Five Maidens’ tasting room is at 327 Polk St. in South Bethlehem.

One of the event’s most popular annual attractions is the butter sculpture. This year’s sculpture depicted a family of farmers with a dairy calf. A keystone stands behind them.

The Farm Show was briefly virtual in January 2021 because of the COVID-19 pandemic. Shannon Powers, spokeswoman for the state Agriculture Department, said it’s hard to estimate attendance numbers because there is no admission fee.

But from what public safety officials are observing, attendance appears to be back to what they were in 2020, she said. 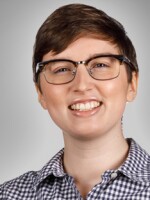 Olivia Marble
I am the Parkland area reporter for LehighValleyNews.com, covering a broad range of stories. I was born and raised in Massachusetts, so the Lehigh Valley is new to me — I am always looking for restaurant recommendations! I graduated in 2022 from Mount Holyoke College with a degree in journalism. I interned at two NPR member stations during college: GBH in Boston and New England Public Media in Springfield, Mass., and decided I wanted to dedicate my career to public media. In my free time, I love to read, bake and listen to way too many podcasts. Contact me at OliviaM@lehighvalleynews.com or 610-984-8184.
See stories by Olivia Marble
Kat Dickey
I'm a digital content producer at LehighValleyNews.com. and a graduate of Muhlenberg College. I received my degree in media and communication and served as managing editor and editor-in-chief of The Muhlenberg Weekly, the college’s student-run newspaper. I am passionate about telling stories from underserved communities and people, which is why much of my writing has focused on food and housing insecurity. I also wrote my senior thesis about class representation in the TV show “Love Island.” In my free time, I love to cook, read romances, and (very poorly) knit.
See stories by Kat Dickey