ALLENTOWN, Pa —The region that includes the Lehigh Valley is being recognized for leading the country in organ donations.

In 2022, people in eastern Pennsylvania, Southern New Jersey, and all of Delaware had the most organ donors in the United States.

For the 15th year in a row, in 2022 the area topped the list for the most organ donations, with 690 organ donors; the most organs transplanted with 1,744; and the most kidney transplants in U.S. history with 1,017 kidneys going to recipients, according to Gift of Life Donor Program.

Organization President Rick Hasz said its community education, hospital partnerships and the Gift of Life team all play a huge role in increasing the number of donors.
“They're meeting with families at their most difficult time to shepherd them through this process," Hasz said. "And so I think it's those three things that sets our area apart and I'm really proud and humbled to be able to lead such a fantastic team here at Gift of Life."

That team helped in coordinating the effort to get Michael Schmidt, 58, of Perkasie, Bucks County, the kidney he needed after developing kidney disease in 2013, which then was exacerbated by COVID-19 in 2021.

“I was on dialysis for four months," Schmidt said. "That was it. I was extremely lucky."

After some hesitation, he posted his need for a kidney on social media. Shortly after, he received a call from a friend from grade school. Her husband had passed and she had seen Schmidt’s post for a kidney. She wanted Schmidt to have it.

Within hours, Schmidt was at Lehigh Valley Health Networkin Allentown giving blood to see if he was a match.

The next day, his transplant coordinator called.

“Our phone rang, and it was Sonia, she said it was the perfect match — you’re going into surgery tonight. Get up there,“ Schmidt said.

That was in February 2022. All went well and nearly a year later he said he is thankful to his donor's family and Gift of Life for the success of his transplant.

He said his advice to anyone needing an organ is to let others know it’s needed.

“Do not be bashful, ask, beg if you have to,” Schmidt said. “Don't be shy. Don't be too proud. Just get it out there. Tell your friends, tell your family tell the other person in the grocery store, post, get bumper stickers, whatever you need. get your word out there.”

“There's over 5,000 patients in our area who are waiting and despite our success, we still have supply and demand imbalance, but we think it's a public health care crisis that has a cure.”

Schmidt’s surgery contributed to the goal the region hit in providing the most kidney transplants in the country.

The Gift of Life team works with 126 hospitals and 14 centers that perform transplants. Still, Hasz said people are left waiting for an organ.

“There's over 5,000 patients in our area who are waiting and despite our success, we still have supply and demand imbalance," he said. "But we think it's a public health care crisis that has a cure.”

Hasz added that 17 people die each day waiting for a transplant. 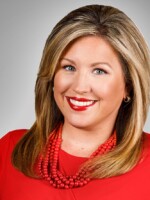 Brittany Sweeney
I’m LehighValleyNews.com’s health and wellness reporter and also host “Living in the Lehigh Valley,” PBS39's health and wellness show. I have covered health-related topics for Lehigh Valley Public Media, contributing to PBS39 and 91.3 WLVR, since 2018. Winning the 2020 Emmy Award for Video Journalist is something I am proud of accomplishing while working for Lehigh Valley Public Media. I grew up in Montgomery County and I'm passionate about telling compelling stories in my home state of Pennsylvania. I'm a graduate of Temple University (go Owls!) and spent most of my career working as an anchor and reporter for NBC affiliates in Northeast Pennsylvania and Ohio. When I'm not covering news around the Lehigh Valley, I can be found exploring the great outdoors with my family. Contact me at BrittanyS@lehighvalleynews.com or 610-984-8170.
See stories by Brittany Sweeney