Accumulating snow likely in the Lehigh Valley this week, but forecasters hoist a caution flag

BETHLEHEM, Pa. — A complex storm system is taking aim at the Lehigh Valley on Wednesday, and the midweek event could bring an extended period of snow to the area.

The details of the storm — including the timing and intensity of the snowfall — still are uncertain, but the National Weather Service in Mount Holly, N.J. currently is forecasting 3 to 5 inches along the Interstate 78 corridor and in the 6-to-8 inch range in the southern Poconos.

The storm totals could put a serious dent in the Lehigh Valley’s run at its least-snowy winter ever — with only 1.4 inches measured so far.

Things could change with Wednesday’s storm, but it won't come without forecasters hoisting a caution flag on some of the ways this snow threat could be a bust.

The storm system will approach the area from the southwest, with cold air (Canadian high pressure) present to the north of the region as it arrives.

Precipitation is expected to spread into the area after daybreak Wednesday, reaching peak intensity in the afternoon or evening.

It appears that areas northwest of Interstate 95, including the Lehigh Valley, will see a period of snow before mixing with and changing to all rain during the afternoon or evening.

Parts of the area also may see a mix of sleet and freezing rain as the “warm nose” of the storm surges north, the weather service said. This is likely in the southern Poconos, where surface temperatures will remain near or below freezing the longest.

What we don’t know yet:

The weather service said the greatest uncertainty Wednesday involves areas along and southeast of I-95, which could see a quick burst of snow as precipitation begins, but surface temperatures are likely to be far too warm for any accumulation.

The impacts for other areas — including the Lehigh Valley —will depend on how long cold air remains locked in at the surface.

The high pressure to our north is expected to be nudged out quickly, rather than lock in (which would keep this storm all snow). Thus, areas across the region will have that colder air entrenched at the surface longer, but still ultimately see a flip from snow to rain.

That means the 3 to 5 inches currently projected for the area could change.

“It is important to note that a faster surge north of the warm nose could sharply reduce these snow totals due to more mixed precipitation or a switch to rain,” the weather service said.

EPAWA meteorologist Bobby Martrich said he’ll release a first snowfall map on Monday afternoon, but also acknowledged things would “change around a little bit” as more details on the storm are locked in.

EPAWA's 1/23 and week ahead outlook, covering:
■ Rain and snow showers this morning: timing
■ A look at the front-end thump of snow midweek
■ Early look at the weekend, NFC Championshiphttps://t.co/iJ2MxWD0Kz

“There’s a sharp cutoff in the southeastern areas,” Martrich said. “It’s going to be interesting to see where this fringe line is going to be.”

Martrich said some models are projecting even higher amounts and a storm system bringing accumulating snow to the I-95 area, but “I don’t want to commit to that just yet.” 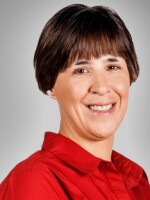