Daniel Buglio said he's looking to retain his job as coroner in the 2023 election cycle. Lehigh County commissioners appointed him to the office's top post in April following the resignation of Eric Minnich.

It is Buglio's first run for public office.

He is the first announced candidate for the position.

The coroner oversees an office tasked with investigating suspicious deaths. Most coroners in Pennsylvania don't perform autopsies themselves. Instead, they hire medical examiners, collect and preserve evidence and write reports about their investigations and findings.

"I can give you care, compassion and experience," he said in a news release. "In a coroner career, that is what matters,"

Buglio, who previously worked as a part-time police officer in Slatington and Coplay, said he intends to be an apolitical coroner, but people aren't exactly dying to hold the office.

There hasn't been a contested race for the Lehigh County post since at least the 1990s, according to the county's online election records.

After decades of stability, Lehigh County has seen some turnover in the coroner position of late.

Minnich didn't complete his first full term in office before resigning this spring. He was first appointed to the job in 2019 after the resignation of Scott Grim, who held the position for 22 years. 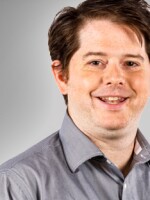