Easton, Pa — Eileen Mason-Newman, the owner of Mia & Maddie, has been selling her cookies, cupcakes, scones and more at the Easton Farmers Market for over a year. The bakery is named after Mason-Newman's two daughters and features specialty flavors from around the world. Her goods tend to sell out quickly.

Earlier this month, the city's Zoning Hearing Board approved Mason-Newman's application for a food processing (bakery) use at 34 North 2nd St., putting her on the path to opening a shop there.

From doctor to baker

Mason-Newman didn't set out to be a professional baker. She started a career in medicine and was a physician before she started making cupcakes and scones to sell.

"Right now I'm going to go the joy-filled route and what brings me joy," Mason-Newman said.

Growing up, she said she was part of a school curriculum that fostered academic talent in children and put them in courses that were a grade or two above their age group. By her sophomore year in high school, she was ready to graduate and pursue a college-level education.

Learning in that environment put her on a fast track to becoming a doctor, in part, she said, because many of her classmates were also focused on pursuing advanced degrees and relative fields.

But Mason-Newman said she met a lot of challenges in the field. She said that as a Black medical student and physician, she encountered patients who second guessed her and her colleagues.

“That beats up on you, that really beat up on me and forced me to think, ‘Is this really what I want to do for the rest of my life? Constantly proving yourself… corporate putting demands on you, patients putting their demands on you.' I said 'Let’s take a step back and re-evaluate if this is for me and if I want to pursue this,'" Mason-Newman said. "That was very difficult for me to do.”

Mason-Newman started to investigate career options outside of the hospital where she worked. That coincided with the pandemic when Mason-Newman was working in medicine from home and returned to her med student pastime: making cakes and other goods.

“I would always bake when I was studying. If there was any stress. I would just give it to people and share with people because people don't necessarily slow down for anything else,” Mason-Newman said. “But they'll slow down for a slice of cake or they’ll slow down for a muffin. I used that as my gateway to slow the pace down and reconnect with people, and I really enjoyed that.”

Baking was an important part of Mason-Newman’s childhood. She grew up in the Bronx with a larger family, with two older siblings that were further apart from her in age and one younger brother. She bonded with a cousin closer in age to her.

Mason-Newman would hang out with her cousin and her aunt, Jeanie Seaman, and bake. She said her aunt would make black cakes — similar to American fruit cake — and Christmas cakes for family gatherings.

In contrast to Mason-Newman’s larger, sometimes more hectic family, she said going to her aunt Jeanie’s was slower-paced, fun and homey. Her aunt taught her how to bake and inspired a fondness for the pastime.

“It stuck with me, I guess, through everything,” Mason-Newman said.

In medical school during the early 2000s, Mason-Newman said she’d watch Food Network and marvel at the complex confections bakers made. She taught herself the decorating and other techniques used on the network’s shows and found she was quite good at it. Mason-Newman said she kept building on those skills over the years.

At first, Mason-Newman said she made small batches of baked goods for friends and family. Eventually, she expanded to the Easton Farmers Market in 2022. The response from the community, Mason-Newman said, was supportive, and she met a lot of friends and got advice from others. She also supported the market’s requirements for vendors.

“For me, looking out for a community or adding to a community is second nature. I will know my neighbors and say hello to everybody. Just bring that sort of culture of family and kindness to Easton.”

“Part of the reason I like Easton’s farmers market is that they require vendors to accept EBT… when they told me ‘you have to take this’ I was like ‘Of course! That’s a no-brainer,’" Mason-Newman said. “They can get the same quality of access that a person of means has access to. I found that to be right up my alley.”

As someone who grew up in the Bronx and saw many people who used food assistance programs, Mason-Newman said she appreciated that the farmers market's rule made sure everyone can enjoy fine food regardless of income.

Mason-Newman said she enjoys using and bringing quality ingredients to her baked goods. She also said that she experiments with different ingredients for her treats. When her friends travel to different parts of the world, she asks them to bring back gifts and tastes from different countries.

In her display case at the market, Mason-Newman might showcase an Egyptian cinnamon cupcake or a raspberry coulis that she hand-pressed and strained.

A community and a storefront

Success at the farmers market made Mason-Newman consider a brick-and-mortar store as her next goal.

Mason-Newman’s grandmother, Eileen Emanuel, who Mason-Newman was named after, lived in and had her own shop in Antigua.

Mason-Newman said she emulated her grandmother’s work ethic of being honest and treating people well.

“For me, looking out for a community or adding to a community is second nature,” Mason-Newman said. “I will know my neighbors and say hello to everybody. Just bring that sort of culture of family and kindness to Easton.”

As for the location of the new shop, Mason-Newman and her husband used to live on North Second Street in Easton, where Mia & Maddie bakery will be located.

She was driving home from Easton farmers market through her old neighborhood when she noticed a ‘For Lease’ sign in the window of a vacant building.

It was a former bakery that closed when the owner moved to California.

The location, Mason-Newman said, has a lot of sentimental meaning to her and her family given their time in the area. 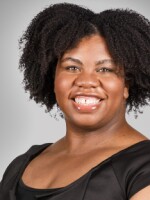 Olivia Richardson
I’m the Easton area reporter for LehighValleyNews.com. I started working in public media for WBEZ’s Curious City in Chicago, Ill., bringing city- and region-centric stories to the air. I love getting to know what makes up the place we call home. I’ve also lived and worked in Wisconsin, reporting in Milwaukee during the 2020 presidential election. I love video and board games, am picking up piano and, perhaps – one day – the drums. Contact me at OliviaR@lehighvalleynews.com or 610-984-8186.
See stories by Olivia Richardson