EASTON, Pa. - He stepped off the custom bus and instantly Easton was the place to be.

It was Jan. 23, 1973, and Muhammad Ali was doing a favor for a young sparring partner named Larry Holmes — 50 years ago today.

They made the trek to Easton, where Holmes grew up, from Ali’s Deer Lake camp near Pottsville, Pa., where Ali was training for his next fight.

Holmes and his trainer at the time, Earnie Butler, had been trying for months to persuade Ali — by then already a global superstar and lightning rod all in one — to make the trip to Easton and meet folks.

I wrote about it seven years ago shortly after Ali’s death, as Holmes prepared to travel to Louisville, Ky., to say goodbye at his friend and mentor’s memorial service. (You can read the story here).

Retracing a moment in time

It’s one of my favorite stories — not so much for the content but for the way it came together. It would not have been told were it not for a photo — a curious picture of Ali striding up a walkway, others in tow, outside what was then Easton Area Junior High School at 12th and Northampton streets.

Identifying the photo owner, searching through newspaper microfilm and finding kids who were there that day — people who today are well into their 60s and 70s — produced a nostalgic look back at a moment lost except in the memories of those who witnessed it.

Even then, before he became a cultural icon, Ali was a giant figure.

He won the heavyweight championship in 1964, and by 1973, he was back to boxing after a three-year ban from the sport and 1967 conviction for draft evasion: “I ain’t got no quarrel with those Vietcong.”

In Easton, he visited Northampton County Prison, where he spoke to inmates and bragged he could whip them all, and the junior high, where he took a different approach.

He acknowledged his fears in fighting, stressed the importance of education and urged students to find their purpose.

Within a few hours, he was back on the bus to the Schuylkill County mountains.

Ali would go on two more times to claim the heavyweight crown. Upon his death on June 3, 2016, after living with Parkinson’s disease, he was hailed as perhaps the most significant sports figure and cultural symbol of the 20th century.

Ali’s visit to Easton was not planned in advance. It was a spur-of-the-moment trip that he agreed to the day before, likely to satisfy or stop the persistence of a couple of guys from Easton.

Holmes would go on to heavyweight greatness himself. But on that day he showed Ali around town, he had yet to fight his first professional bout.

Fifty years. Ali is gone. Holmes is 73. The junior high is now an elementary school.

A few days ago, Holmes was in the same neighborhood where Ali had prison inmates hooting and hollering. The circumstances, of course, had changed over the decades.

Two Rivers Brewing Co. at Sixth and Northampton streets hosted a fundraiser for the Holmes family charity, Heart of a Legend.

Holmes, as is his custom, commanded the room where merchandise was raffled and folks asked for photos.

Co-owner Troy Reynard and General Manager Jeremy Bialker offered a re-release of their Easton Assassinator Dopplebock, a brewpub label that pays homage to the local legend.

Holmes has done OK since launching his own professional career 50 years ago, cementing his place among the all-time great fighters and dedicating a bronze statue in Easton along the street that bears his name.

But for all of his achievements, for all of the glory and stories accumulated over an amazing life, it is Holmes’ association with Ali that he holds highest.

Whether it was Deer Lake, Easton, Zaire, their 1980 fight at Caesars Palace in Las Vegas, or in Louisville as the world bid Ali farewell, Holmes can say something no one else on Earth can: 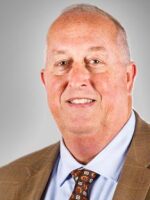 Jim Deegan
I’ve lived more than 25 years in the Easton area and worked as a reporter, producer and editor for longer than that. Since 1996, I’ve led news teams and covered virtually every major news story in the Lehigh Valley – and lots of little ones, too. It’s a privilege to work in a newsroom with people who care about our corner of Pennsylvania and share stories that hopefully make an impact. It’s an even greater privilege to have your attention – and earn your trust – as we cover your communities. Contact me at JimD@lehighvalleynews.com or 610-984-8224.
See stories by Jim Deegan