Wearing a classic style dress she said attempts to add a throwback vibe and guiding the crowd with a lantern on a stick, Shafnisky led about a dozen people on a walk through the borough for the season’s inaugural “South Mountain Haunts” tour.

The walking tour, held every Friday and Saturday night through Nov. 5, takes attendees on a storytelling path through the strange, grisly and mysterious anecdotes from Emmaus’ history as a religious community, railroad stop and residential suburb.

“I mean, for a little tiny place like this, it's really astonishing how many weird things have happened here.”

The tour walks through not just the spooky happenings at residences, but also borough visits by historical figures such as Amelia Earhart, unique residents and the history of places such as God’s Acre cemetery, including the drama surrounding those who served in the Revolutionary War, and an unnamed black Union soldier from the Civil War whose burial and identification’s story lasted all the way to the latter half of the 20th century.

“Just such interesting stories about the way that Moravians lived,” Shafnisky said on what parts of the tour stood out to her.

For the past five years on these nights, Shafinsky leaves her day job at Northampton County to become a spooky folklore guide. She said she was inspired after doing the ghost tour at the old jail museum in Jim Thorpe.

"So we just started doing some research, and Emmaus just had so many insane stories,” Shefnisky said. “I mean, for a little tiny place like this, it's really astonishing how many weird things have happened here.”

Mike DeLorenzo and his family came from Whitehall Township for the tour, having attended ghost tours in Jim Thorpe and Gettysburg and experienced spooky encounters in the past that they couldn’t quite explain. He said it was surprising how many stops and stories there were within the borough.

“It was a lot more interesting than I thought it was going to be,” DeLorenzo said. “I didn't expect it to be so much.”

Much like other ghost tours such as the Eerie Easton Walking Tours held at the Sigal Museum, it also focuses on dark moments of borough history, such as murders and loss of life, which may make young children or those sensitive to those topics uncomfortable.

Many of the local stories are documented in the book “Legends, Myths and Ghost Tales from Emmaus, Pa” by Emmaus local MaryAnn Miller, published in 2012. Shafnisky said additional information came from archival sources such as Newspapers.com as well as local interviews and research.

“As the weeks go on, this town loves Halloween,” Shafnisky said. “The decorations come out in force, it is amazing. And, you know, everyone's friendly, and nobody's like, ‘What are you doing in my lawn’ kind of thing. But yeah, it's just a lot of fun to do. It's fun to be a part of the season.”

The tour begins at the Emmaus Triangle Park at 7 p.m. and lasts about an hour and a half. Tickets cost $15. It is all outside as well, so the tour site reminds attendees to dress appropriately. 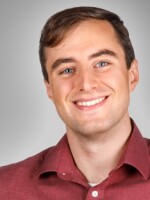 Jay Bradley
I cover the East Penn area of Emmaus, Macungie, and other nearby communities for LehighValleyNews.com. I’m a recent expat of New York’s Southern Tier, having grown up in the Binghamton area before graduating Ithaca College. I hope to bring what I've learned from being news director at WICB-FM Ithaca and my work at The Ithaca Times, WBNG-TV and NewsChannel 34 into my reporting here while continuing to grow. Outside of news, I consider myself an at least okay trumpet player, love exploring new cities or hiking trails, develop websites, and occasionally work in the world of grassroots esports events. Contact me at JayB@lehighvalleynews.com or 610-984-8162.
See stories by Jay Bradley