HARRISBURG, Pa — Grubhub may have gotten too grubby with Pennsylvanian customers for the Attorney General’s taste.

An investigation found they were charging customers higher prices than the restaurant, according to a news release.

It also found Grubhub used microsites, which are separate websites that had the restaurant’s menu. This is in addition to undisclosed partnerships with websites like Yelp and MenuPages.com.

This misled customers who thought they were shopping around.

In addition, a Grubhub routing phone number made it seem like customers were directly ordering from a restaurant. Instead, they were unknowingly ordering from Grubhub, paying higher prices along with fees.

As part of the settlement, Grubhub has to disclose its prices may be higher than in the restaurant.

“Consumers deserve transparency so they can make informed decisions.”

They will have to pay, but not to the people they ripped off. Instead, they will donate $125,000 to various food banks throughout the state. 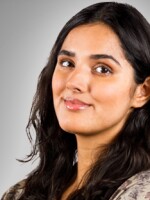 Samara Ahmed
I am a digital news content producer for LehighValleyNews.com. My passion is telling stories that humanize and empower communities undercovered by the mainstream media. I attended graduate school at Columbia Journalism School and Columbia’s School of International and Public Affairs, where I wrote about the South Asian community, juvenile justice and housing. I also received the Gitelson Award for Human Values for my work raising awareness about the humanitarian crisis in Myanmar. In my free time, I love to travel, read and hang out with my rescue dog, Dobby.
See stories by Samara Ahmed