ALLENTOWN, Pa. — A new Allentown festival that will present a mix of international, American and Lehigh Valley films will premiere in April, organizers announced Monday.

The nonprofit Allentown Film Festival will screen dozens of short and feature films, at Nineteenth Street Theatre and the boutique Theatre514 across the street April 14-16, organizers said.

Allentown Art Museum will also show films on April 15, and Bradbury-Sullivan LGBT Community Center will kick off the festival with movies on April 1.

Screening times and admission prices will be announced.
The festival will award cash prizes to the best entries in the Lehigh Valley Shorts categories.

Alan Younkin and Michael Schelp, co-chairmen of the Art In The Park held annually in September in the city’s West Park, are heading up the festival.

“The goal is to identify and encourage compelling, thought-provoking independent films,” said Younkin, the festival's director.

“The goal is to identify and encourage compelling, thought-provoking independent films."

“The Allentown Film Festival will not only boost Lehigh Valley pride but also remind people in the Mid-Atlantic region that Allentown is a vibrant, much-closer-than-you-think arts mecca.”

Younkin promised the festival will "put on a really fun show with VIP red-carpet parties, great films, engaging panel discussions, and a real sense of community.”

Civic Theatre Artistic Director William Sanders said, “People have been talking about starting a film festival for years. We are thrilled to host what we hope will become a highly anticipated annual tradition.”

The festival has received more than 330 entries from filmmakers in more than 40 countries and has accepted several dozen films so far, organizers said.

While there is an entry fee for those categories, there is no charge for the short film entries from the Lehigh Valley, they said.

Local entries are being sought. They must be submitted by establishing a free account atFilmFreeway.com/AllentownFilmFestival and uploading a film. Deadline for entries is March 1.

More information is available at allentownfilmfestival.org. 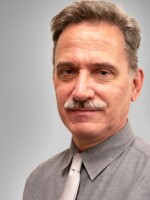 John J. Moser
I’m deputy director for news at LehighValleyNews.com and have been a reporter and editor at newspapers in Pennsylvania and North Carolina for nearly 40 years. I spent more than 30 years at The Morning Call in Allentown as a reporter, copy editor and editor, and for 12 years was its music critic and entertainment writer. I’ve captured more than two dozen statewide and national awards for writing and editing, and was part of a team of reporters in North Carolina that was runner-up for the Pulitzer Prize for Public Service. Contact me at JohnM@lehighvalleynews.com or 610-984-8183.
See stories by John J. Moser