Council earlier this year ended the sales of animals from “mills.”

To enforce the declawing effort, anyone who performs the procedure now will face a $500 fine.

The measure was approved unanimously without further discussion.
The move will ban the practice of declawing any feline in Allentown unless there is a therapeutic reason for it to be done.

Councilwoman Ce-Ce Gerlach explained the therapeutic exception is intended to let animals that might need to be declawed for a medical reason—such as an infection or recurring illness—to have the procedure done.

But declawing will be banned for cosmetic, aesthetic or reasons of convenience for handling the animal.

The bill, which will take effect in 10 days, notes the ban is intended to "protect cats from a harmful and unnecessary procedure."

The bill, which will take effect in 10 days, notes the ban is intended to "protect cats from a harmful and unnecessary procedure."

Also, during the brief meeting, council members were asked what might happen with Councilman Josh Seigel’s seat as he has recently been elected to serve as the state representative for the 22nd district.

Council President Cynthia Mota said they would determine what to do in “a week or two” and that the public would be informed.

Seigel has not yet resigned from council. He is expected to be sworn into his new office in January. 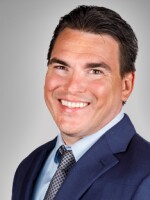